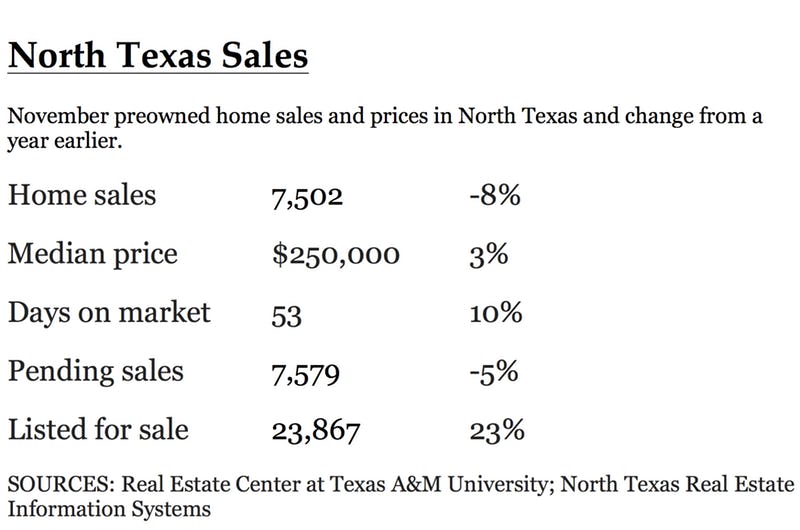 The declines in D-FW home sales and slower price appreciation are having a bigger impact on consumers' attitudes than their pocketbooks, analysts said.  "I am more concerned about the psychological impact of not-so-rosy housing news than I am about the actual underlying fundamentals of the housing market in the Dallas-Fort Worth market," said Daren Blomquist, top economist with Attom Data Solutions. "Certainly the data shows that the market has gotten somewhat overheated and is due for a slowdown, but that slowdown should just be a chance for the market to catch its breath rather than a trigger a panic attack.  "Jobs and people are still moving to the Dallas-Fort Worth area in large numbers, which ultimately should keep demand for housing solid," Blomquist said. "But the psychology of the market is more of a wild card and could result in a bigger slowdown or correction."

North Texas home sales would be higher if there were more moderately priced properties up for grabs, Paige Shipp of housing analyst Metrostudy Inc. said. "I believe the 1 percent decrease in sales this year is due to the lack of homes on the market below $200,000, not a lack of buyers," Shipp said. "D-FW has strong job and population growth, which equates to demand for homes.  "However, the increasing interest rates have exposed the fact that D-FW buyers cannot all afford homes priced above $400,000, she said.