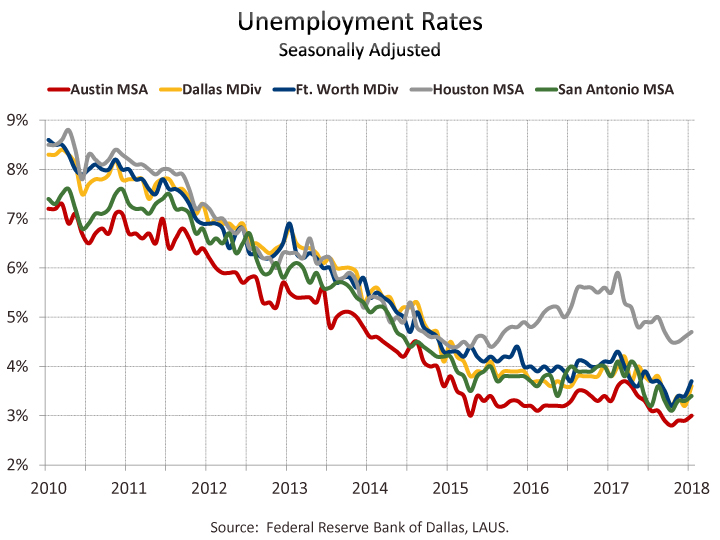 Dallas continues to add over 100,000 jobs annually and the unemployment rate has remained at 3.6 percent, a very low level not seen in the past 20 years.   While the outlook is for continued rapid growth in the region, it depends critically on a steady flow of workers into the state and on trade-friendly policies.  Already the fourth largest metro area, Dallas-Fort Worth is growing faster than the nation — about 2 percentage points faster so far this year. However, this outsized performance is only possible with robust labor force expansion. The D-FW labor force increased 3.1 percent over the past year, while the participation rate — the share of people working or seeking employment — was little changed. Thus, the bulk of workforce growth is due to migration.  Net migration from other U.S. states was responsible for 40 percent of D-FW's population increase in 2017, while arrivals from other countries accounted for 20 percent. In fact, since 2010, D-FW has had the highest population gains from total net migration among all U.S. metro areas.