It's no secret that Dallas-Fort Worth's home market is one of the best in the country.  A new study makes it official - saying that D-FW area sellers are getting some of the best prices for their property.  D-FW ranked fifth among the top 10 best metro areas for home sellers in 2017, according to the new report by Owners.com.  The ranking was based on how quickly it too to sell a house and how close to asking price the property went form.  Owners.com says that in the D-FW area the average single-family home this year sold for just $4,187 below the asking price.  D-FW was behind San Francisco, San Jose, Seattle and Portland on Owners.com's list.  Austin ranked seventh in the same contest. 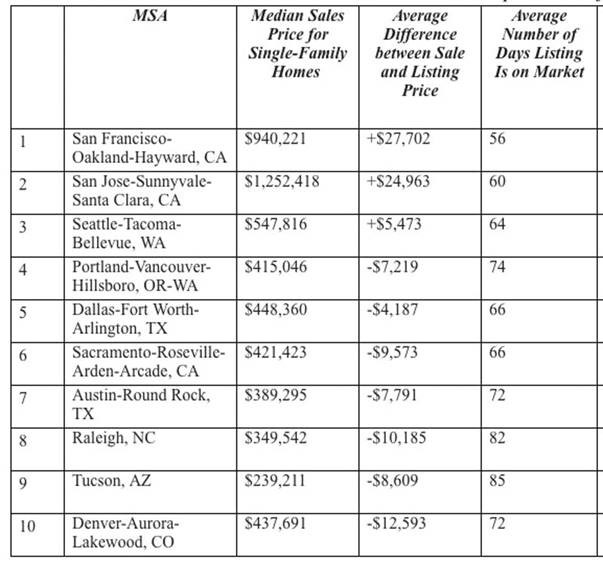