But, Increase Has Been on Affordable South Side; North Side Home Sales Are Down

North Texas is on track to sell more than 100,00 preowned houses this year – the greatest number ever.  But not all neighborhoods are going to see higher purchases in 2016.  Home sales are surging in more affordable areas such as Lancaster, DeSoto, Mesquite and Cedar Hill.   But there are slight declines throughout Collin and Denton Counties and the higher priced neighborhoods of North Dallas.   If the home is priced below $300,000 it is a hot commodity regardless of the market.  If it is above $400,000, the market has slowed throughout the Metroplex.   Home sales are up 30 percent in the southern and eastern suburbs, but they are down 10 percent in far North Dallas and much of Collin County.  And down 20 percent in parts of Park Cities.   A presidential election always causes a slowdown in the marketplace, but this year’s election may be causing a dramatic slowdown.  Hopefully, things will shift back to normality after November 8th. 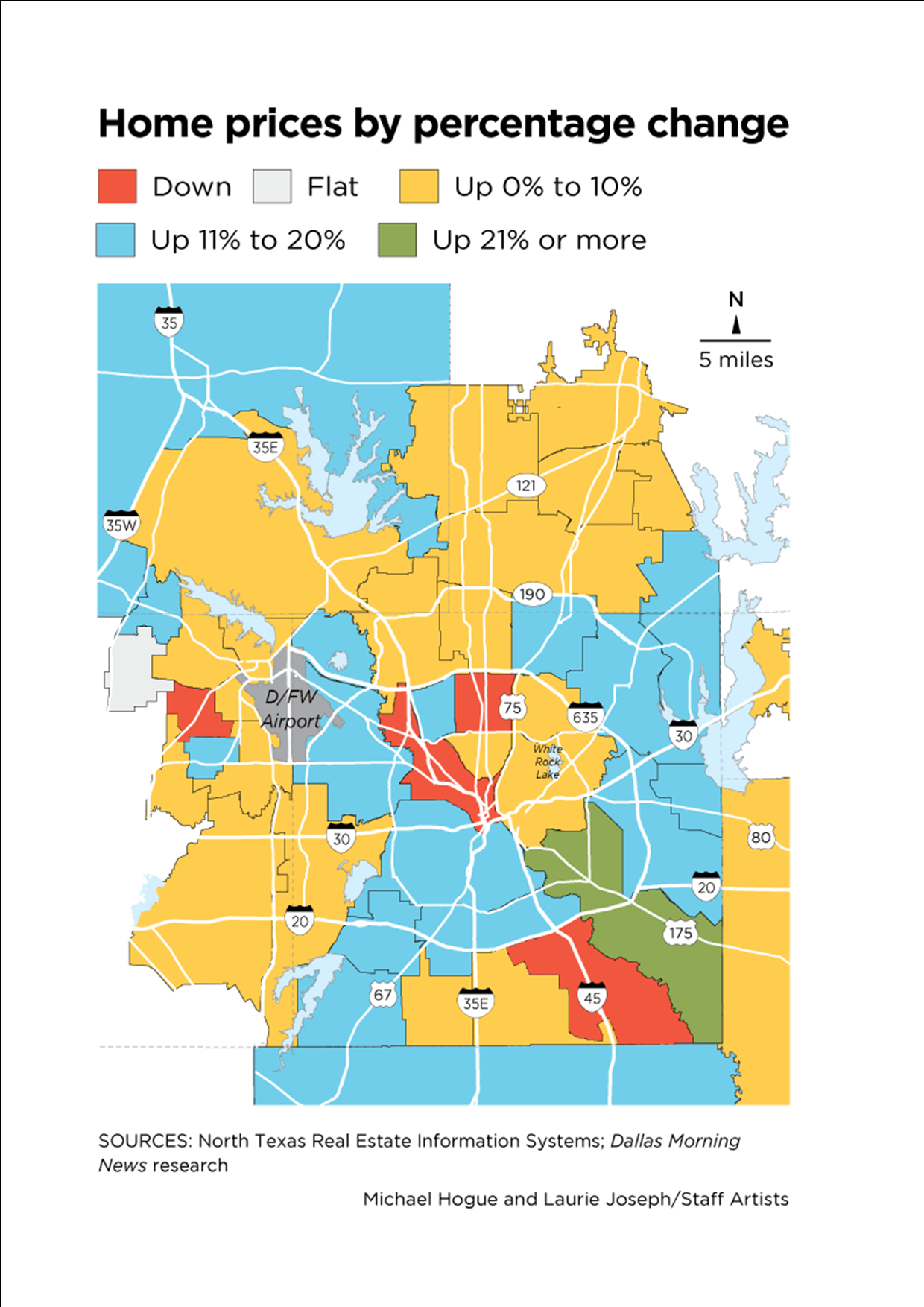