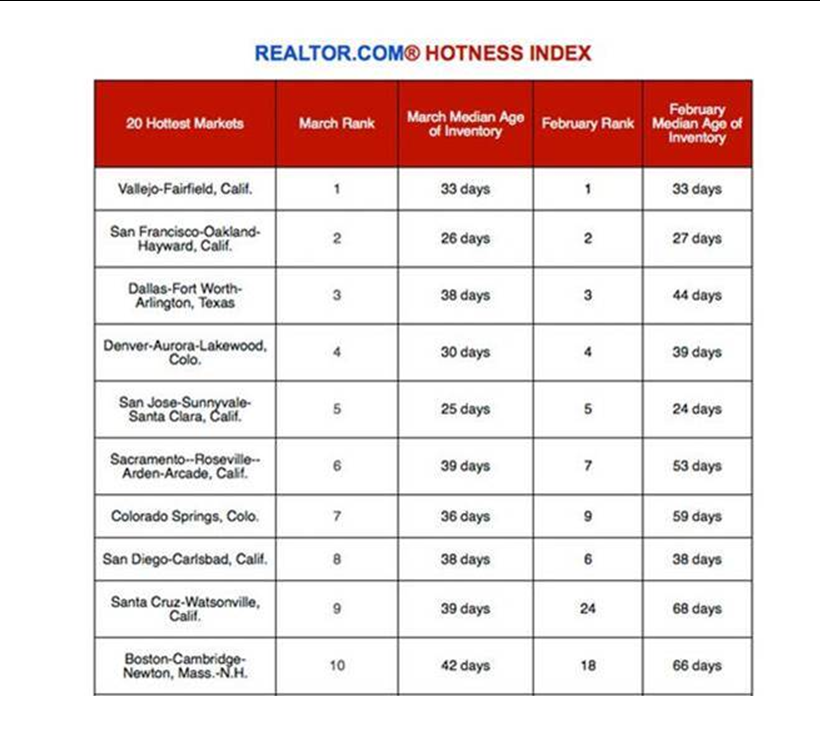 Spring has just sprung  but it's already blazing hot in Dallas' housing market.  The Dallas-Fort Worth area once again is on the list of Realtor.com's hottest U.S. home markets.  D-FW ranked just after Vallejo, Calif., and San Francisco as areas where the most people are shopping for homes.  "Calendars might say spring is only a week old, but we're already in the thick of the most frenzied spring home buying season on record," Realtor.com research manager Javier Vivas said in the marketing website's March report. "The median days on market for homes on Realtor.com in March saw the biggest drop since the end of the recession, and half of homes are now selling in less than 69 days nationally.  "Low inventory continues to be a significant problem, but record-high prices are also keeping waves of buyers at bay."  In Dallas-Fort Worth during March, it took only 38 days on average to sell a house listed for sale with property agents.  Realtor.com said the usually strong spring housing surge around the country is coming about a month earlier than usual.