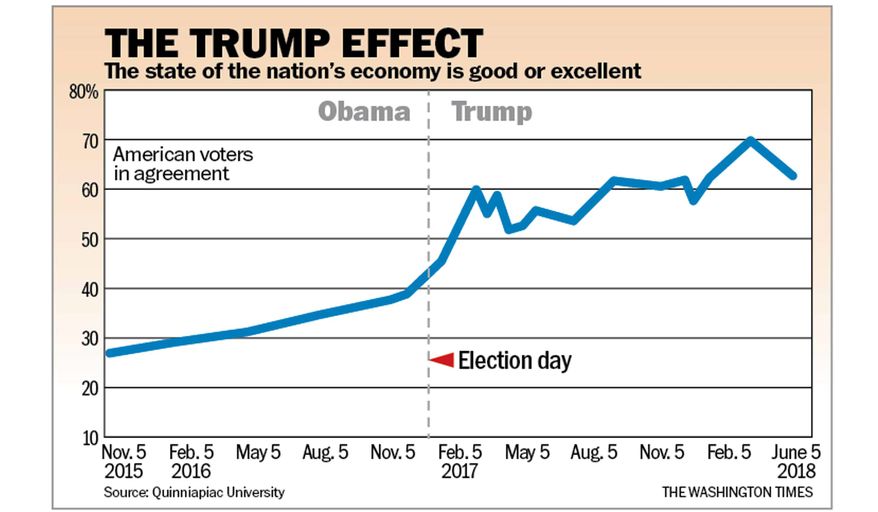 It is undeniable that America has a new spring in its step. After a decade of malaise the American economy is the envy of the world today. A new report by the Switzerland-based Competitiveness Center reports:

"The U.S. dethroned Hong Kong to retake first place among the world's most competitive economies, thanks to faster economic growth

and a supportive atmosphere for scientific and technological innovation."

But the ultimate judge of all this is the American people — the voters. They know something big is going on here.  In the years before the election of 2016 about 3 of 10 voters described the economy as good or great. This year 7 in 10 do. That surge in optimism began immediately after the 2016 election and hasn't subsided. The same trend is true for small and manufacturing business confidence. Up, up and away.  Perhaps the best news of all is to think that maybe some economists are right and that the economic thrust from the tax cut hasn't even kicked in yet. If that's true, then buckle up, because we're in for a heck of a ride.