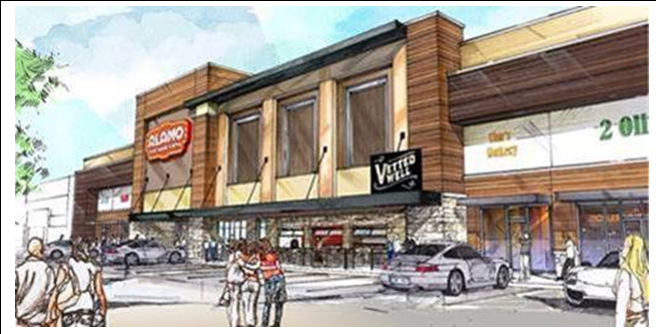 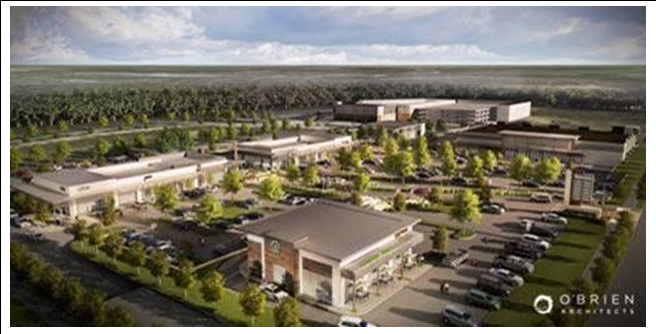 Construction has started on the Alamo Drafthouse at the Creekside shopping center at the corner of Skillman and Abrams in Lake Highlands.  The two-level shopping center originally housed a Simon David grocery store and later it was converted to Tom Thumb.   The anchor space has been vacant since 2013 when Tom Thumb closed.  The Alamo Drafthouse will be just across from Topgolf. It's in a two story, 111,254-square-foot shopping center and a space vacated by Tom Thumb in 2013 at Skillman and Abrams.  The cinema/eatery will open this fall, said James Wallace, creative manager and programmer for Alamo Drafthouse. It will be an eight-screen, 875-seat multiplex, Wallace said.  "It will be a very bike-friendly location," Wallace said. Along with a secure place for bikes to park, the building will have a 150-seat bar that overlooks White Rock Creek Trail, he said.  "We are currently in the process of developing plans for the renovation of the entire Creekside center," said Daniel Fuller, a founding partner of Shop Companies.  On the southwest corner of the same intersection, a new Shady's Burger recently opened, and Andy's Frozen Custard, a Missouri chain with locations in 10 states, is under construction.