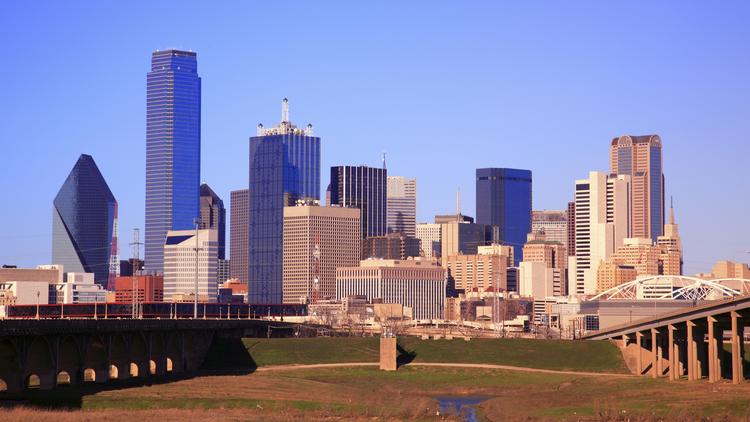 With a relatively low cost of living and population growth projections that outstrip other U.S. cities by two times, Dallas-Fort Worth has been named the top real estate market to watch in 2019.

Mitch Roschelle, a partner at PwC, said the economic data points analyzed for the report suggest the strength of the economy and the discipline being practiced in the real estate market.  "If there is a downturn ahead of us, it won't be real estate that caused it," he said. "Right now there's way more discipline in all activities in real estate than there has been in any other time in the modern era. We haven't gotten ahead of ourselves in terms of real estate development. I hope that real estate folks remain as conservative as they have in creating new supply."

Roschelle said he's seeing that conservative behavior in Dallas-Fort Worth and it has kept the market from getting ahead of itself despite the ever-growing demand and push for growth.

As for what makes North Texas the one to watch next year, he said several factors come into play.

"The things that have been important in years past have been markets that have low cost of living and low, relative to the national average, cost of doing business. That's where companies want to be and that's where people want to be," Roschelle said.

The low cost of living, low cost of doing business and tax efficiency continue to draw people to Dallas-Fort Worth, he said. And so much so that the area's population growth rate is projected to be more than two times the national average in 2019.

But as the population in the Metroplex grows, affordable housing is becoming more of an issue. Although affordable single-family homes are a contributor to Dallas-Fort Worth's success, there aren't enough of them, according to the report.  The report says focus group respondents in the Dallas area pointed to an increasingly prevalent "not in my backyard" mentality as the reason for the slow down in available workforce housing.

"Dallas traditionally was a place where there was a piece of land, and if someone wanted to build on it, they just built on it," Roschelle said.  Now, though, developers are often met with a "you're not building that thing near me" attitude, which tends to add hurdles like cost and time, he said. This contributes to the problem that Dallas-Fort Worth is facing with additions to housing supply not keeping pace with demand.

What the Dallas area has going for it, though, is a diverse and stable employment base thanks to the wide spectrum of industries represented in the area, Roschelle said. The report indicates that the market is expected to have high growth and low volatility when it comes to employment in 2019.

Here are a few things the report says to keep an eye on in 2019:

Issues on the horizon